Receive a guaranteed highest price quote for your junk car by filling in the form online.

Cars these days are a necessity, and it would really muck up your life if you wound up owning one of the worst-rated cars. In this article, we present the 10 worst cars to buy. You’ll be surprised that this list is not limited to unknown models but includes popular brands and models. The rankings will help guide your buying decision and keep you from driving home with one of the dumbest cars in the market. 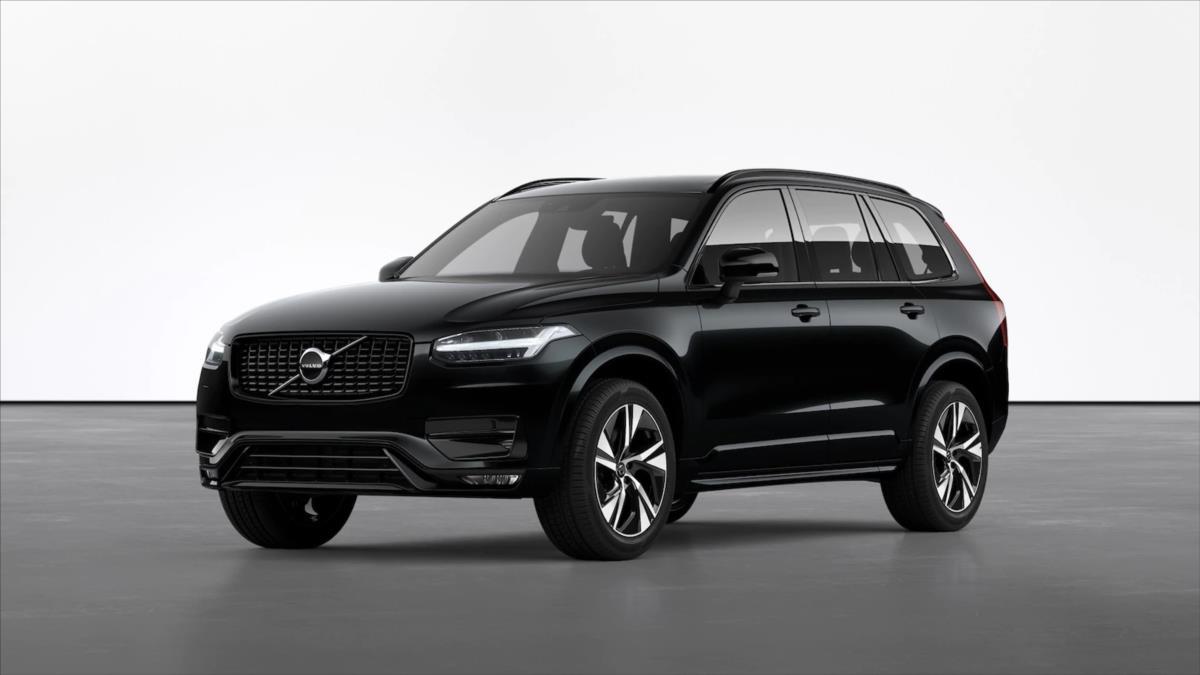 The new 2021 XC90 is cited as one of the least reliable cars to own. According to the Automobile Consumer Reports, the drive system, suspension, brakes, body integrity, and power equipment are the most troublesome areas.

These XC90 issues have been documented across a wide range of critical components. Testing history reveals that major technical issues have plagued the second-generation XC90 since its debut.

Maintenance during the first ten years of operation will cost between $12,000 to $13,000. This is about $3,000 to $4,000 more than the industry average for luxury SUV models. During the ten-year ownership period, there is also about a 36% chance that an XC90 will require a major repair.

Minor repairs like oil pressure sensor replacement will cost between $200 to $270. 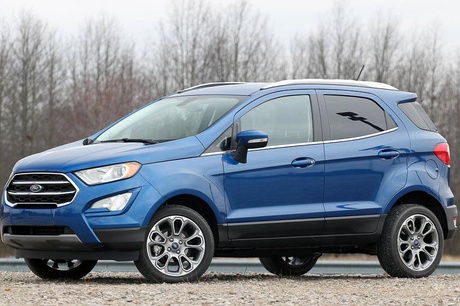 Another typical criticism is its jerky transmission and gear changes. This has resulted in issues with acceleration and gear shifts. Owners of EcoSports have also reported random electrical short-circuit concerns.

Minor repairs like brake pad replacements will cost around $300. 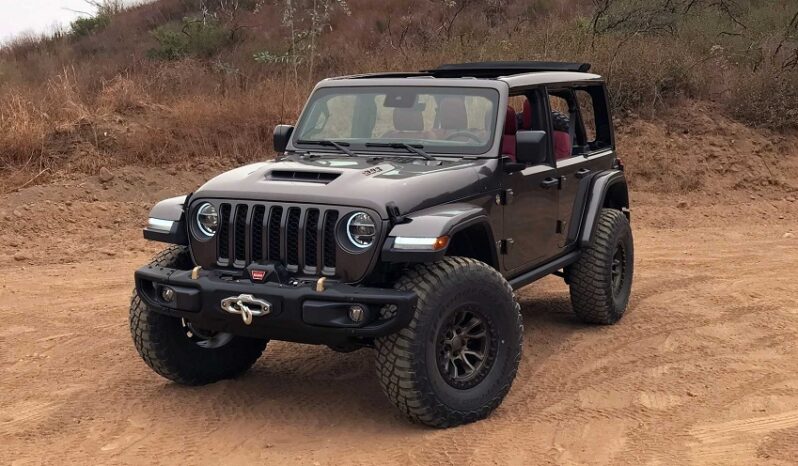 Participants of the Consumer Reports have consistently given the Jeep Wrangler poor grades since 2010. Every year, the same issues continue to rear their ugly heads.

Wranglers are not terrible cars, but they aren't designed to be driven around curves. They're blocky, heavy, and tall - not great for taking turns at any speed. The ride is rough and bumpy, and they aren't as comfy as SUVs, but this is how the Jeep is designed, thus making it one of the worst handling cars for city driving. But still, men and women love their outdoor-driving Wranglers.

After ten years, the maintenance and repair costs should run up to about $10,000 to $11,000. There is also about a 31% chance that a Jeep Wrangler will require major repairs during its ten years of service. 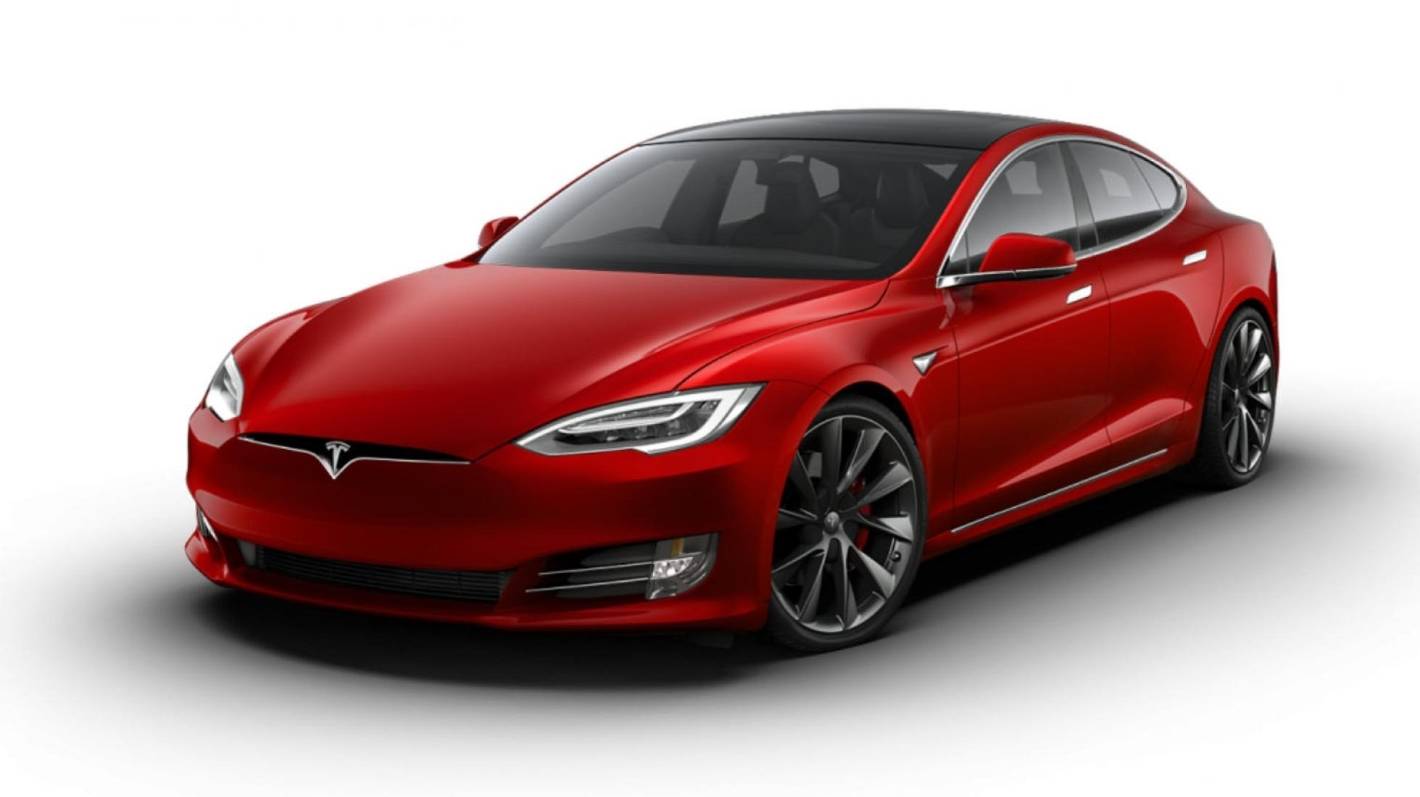 According to Consumer Reports, Tesla's Model S had issues with its air suspension, main computer, and touchscreen controls. In the overall dependability survey, Tesla was placed second to worst. It went down two points from a year earlier owing to Model S’s troubles, and many of the faults listed by Consumer Reports have been ongoing for Tesla.

Reported computer errors result in a blank touchscreen, drivers losing access to temperature controls, rearview cameras, and other features. It was caused by memory-device failures in the computer that stores vehicle data.

Common repairs are window motor regulator replacements, which cost between $600 to $900, and brake caliper replacements, costing around $350 to $600. 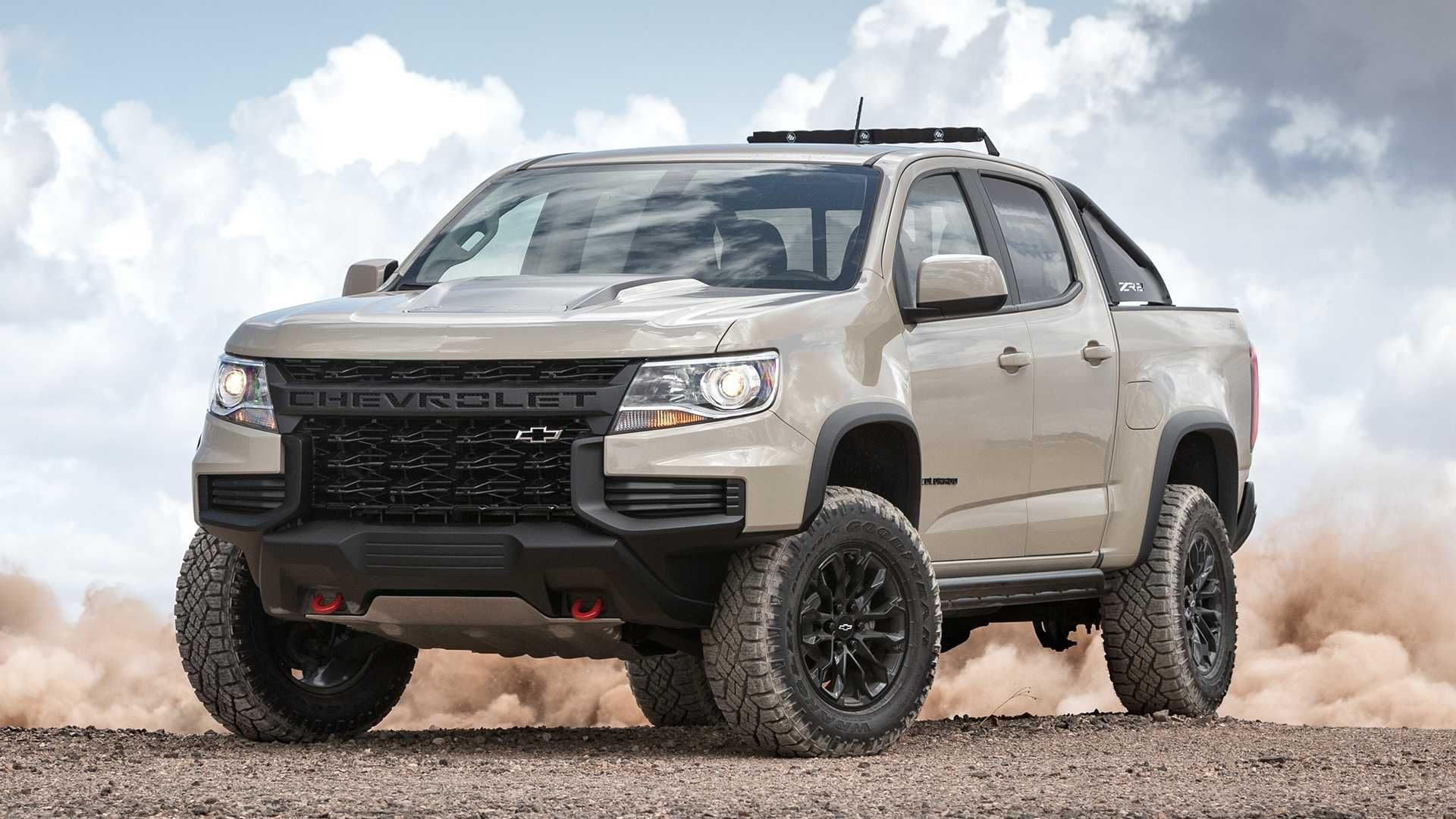 The Chevy Colorado has a lot of reported problems. Engine misfires and transmission problems are common in most of this truck's models.

There are reported AC/heater issues as well as engine breakdowns. There are also gearbox and engine problems that manifest at low miles. When this happens, you need a company with a speedy junk car pick-up service like JunkCarsUS. 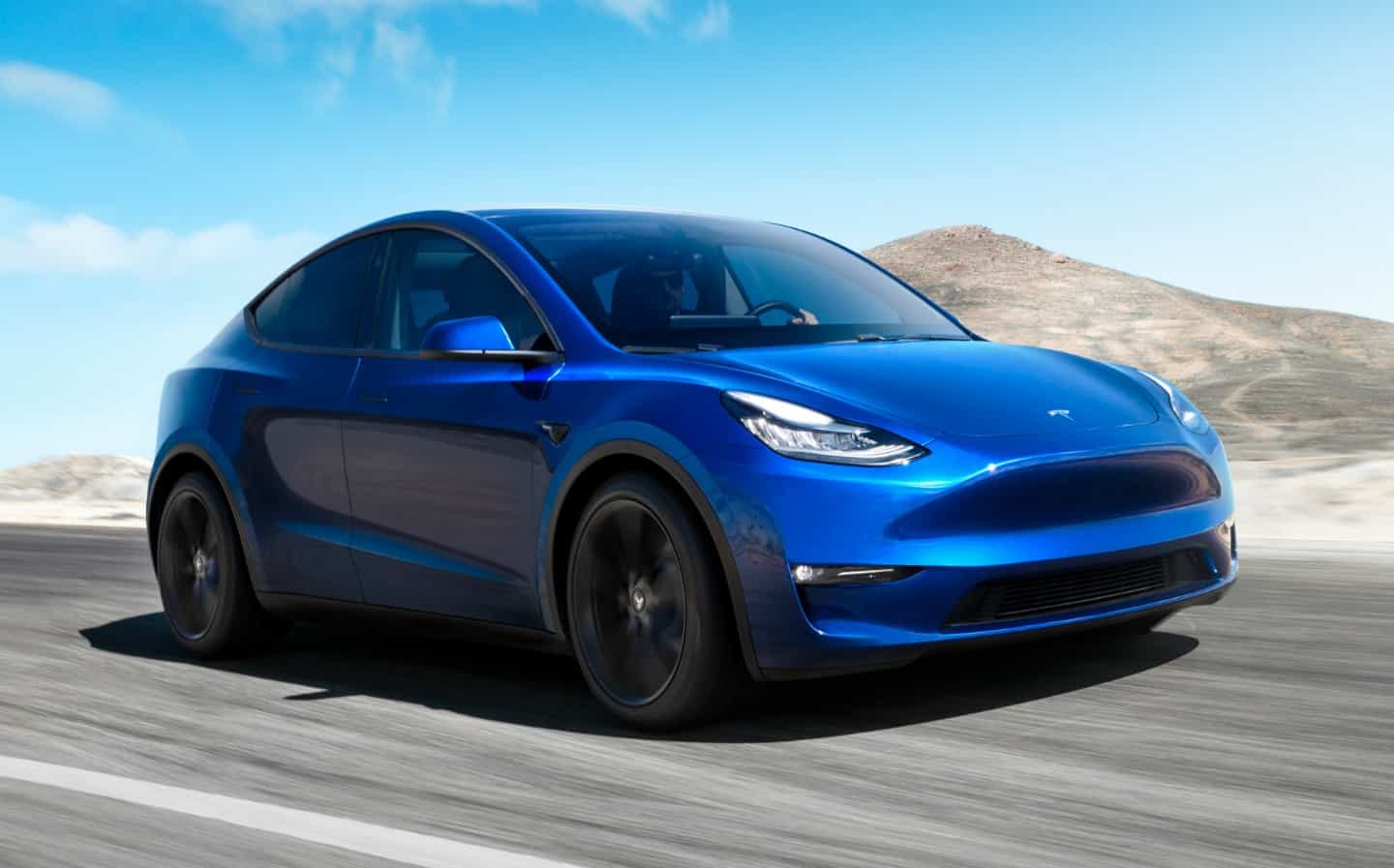 Tesla Model Y owners experienced problems with the car’s temperature system, power equipment, and in-car electronics. They also reported car body problems such as paint, trim issues, car integrity, and various body hardware. As a result of these issues, the 2022 Tesla Model Y is expected to get a one-out-of-five reliability rating.

To make matters worse, Tesla is recalling almost 3,000 vehicles owing to a suspension problem that might cause the wheel to misalign, producing instability and raising the risk of a crash.

During the first ten years of service, a Tesla Model Y will incur about $4,000 to $5,000 for maintenance and repairs. There is also an almost 12% chance that a Model Y will have major repairs done during the first ten years of operation. This is less than the industry average for luxury car models due to the vehicle’s electric nature, which does not need the usual mechanical maintenance of other cars. 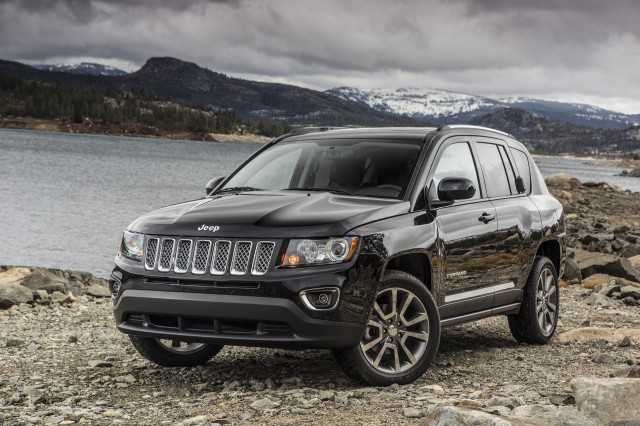 The Jeep Compass is a dependable compact SUV. However, it has its fair share of troubles and concerns reported by auto owners. A no-start scenario is a common issue, and the problem is seen even when the Jeep is still relatively new.

According to owners, rain or snow would seep inside their passenger compartment anytime they drove through bad weather.

Owners claimed that the CVT transmission would overheat when the temperature outdoors was high or when traveling at high speeds on the highway.

During the first ten years of operation, a Jeep Compass will incur about $10,000 worth of maintenance and repairs. There will also be a 31% chance that the vehicle will undergo a major repair during those years.

Minor repairs include replacing the turn signal switch, costing around $400 to $600. Replacing a control arm assembly will set you back about $300 to $400. 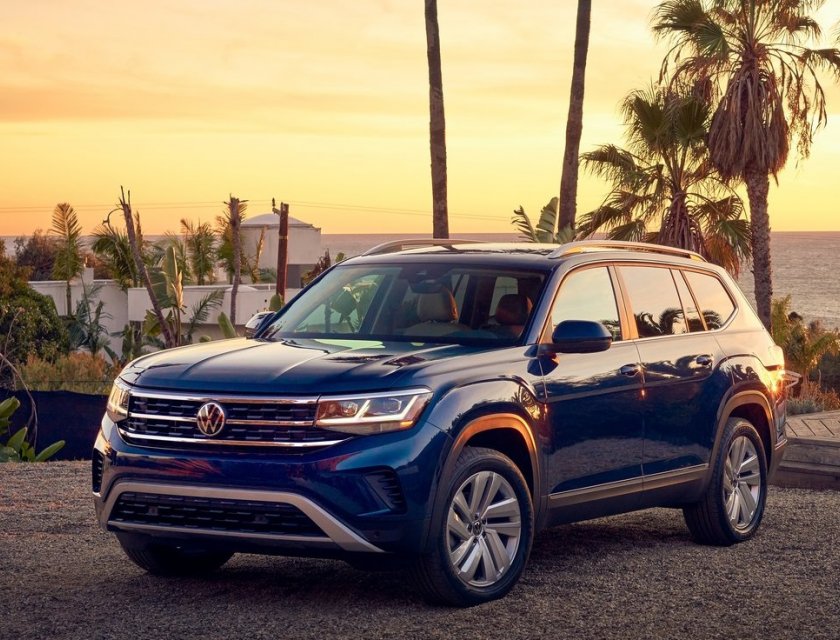 Volkswagen's Atlas is a popular mid-size crossover SUV that has its own set of problems. Owners claim that the “forward collision warning” operates on its own, even when there is nothing in front of the car.  Some have reported that the emergency brakes engage on their own without warning. 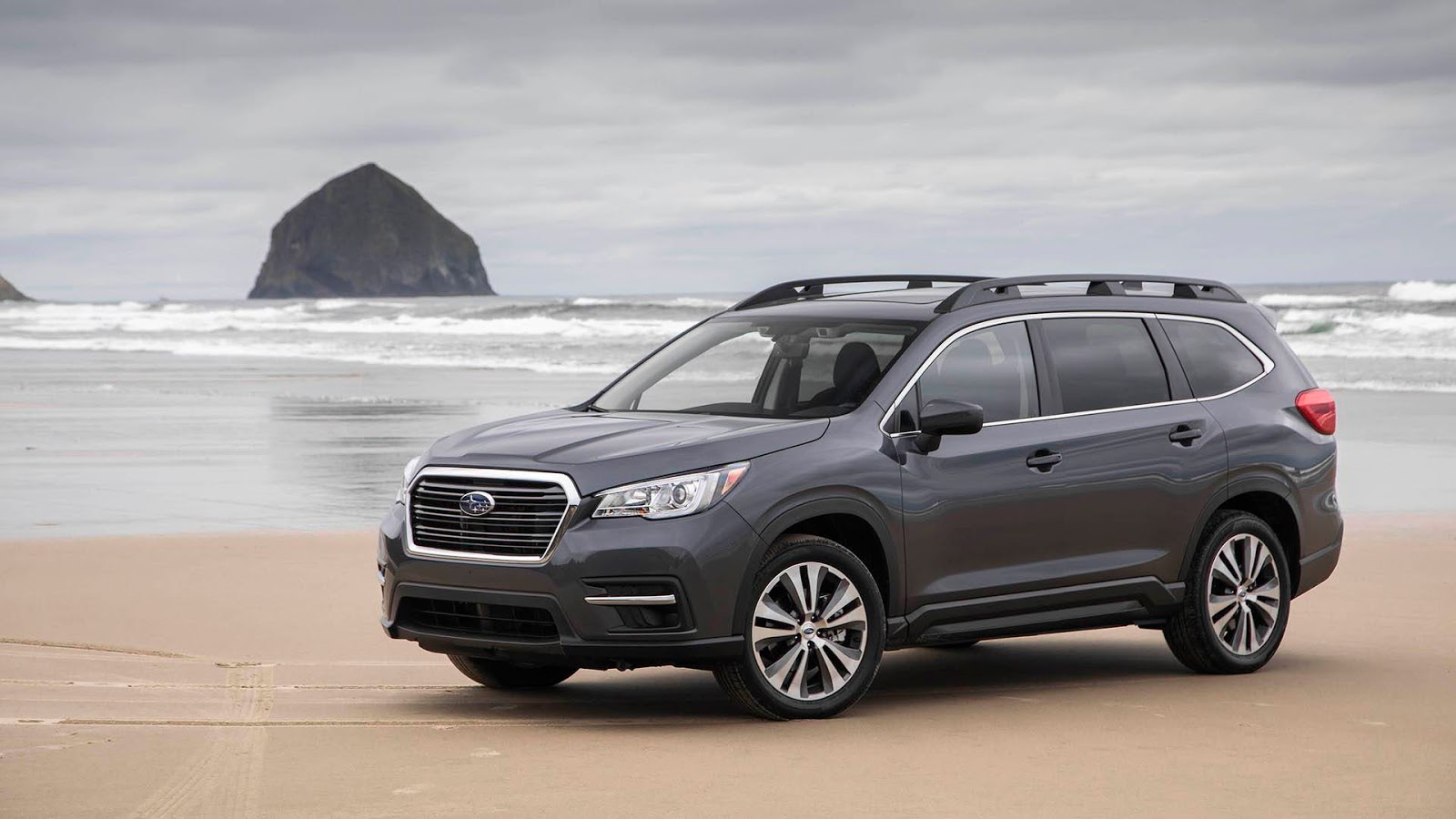 The Ascent is Subaru's largest SUV with a 22 MPG engine, making it appealing due to high gas prices. On the other hand, Consumer Reports claim that the Subaru Ascent is one of the least reliable cars on the market right now - and possibly one of the worst new cars in the market.

This SUV has been noted to have transmission troubles, including a faulty gear selector, gear oil leaks, transmission computer issues, and clutch adjustment issues. The climate system has problems ranging from a faulty blower fan to refrigerant leaks.

A Subaru Ascent will accumulate $8,000 worth of maintenance and repair costs during its first ten years of operation. There is also about a 24% chance that this SUV will undergo major repairs during the first ten years of service.

Major repairs include replacing the disc brake, which will set you back between $700 to $1,100 for both rear and front assembly. 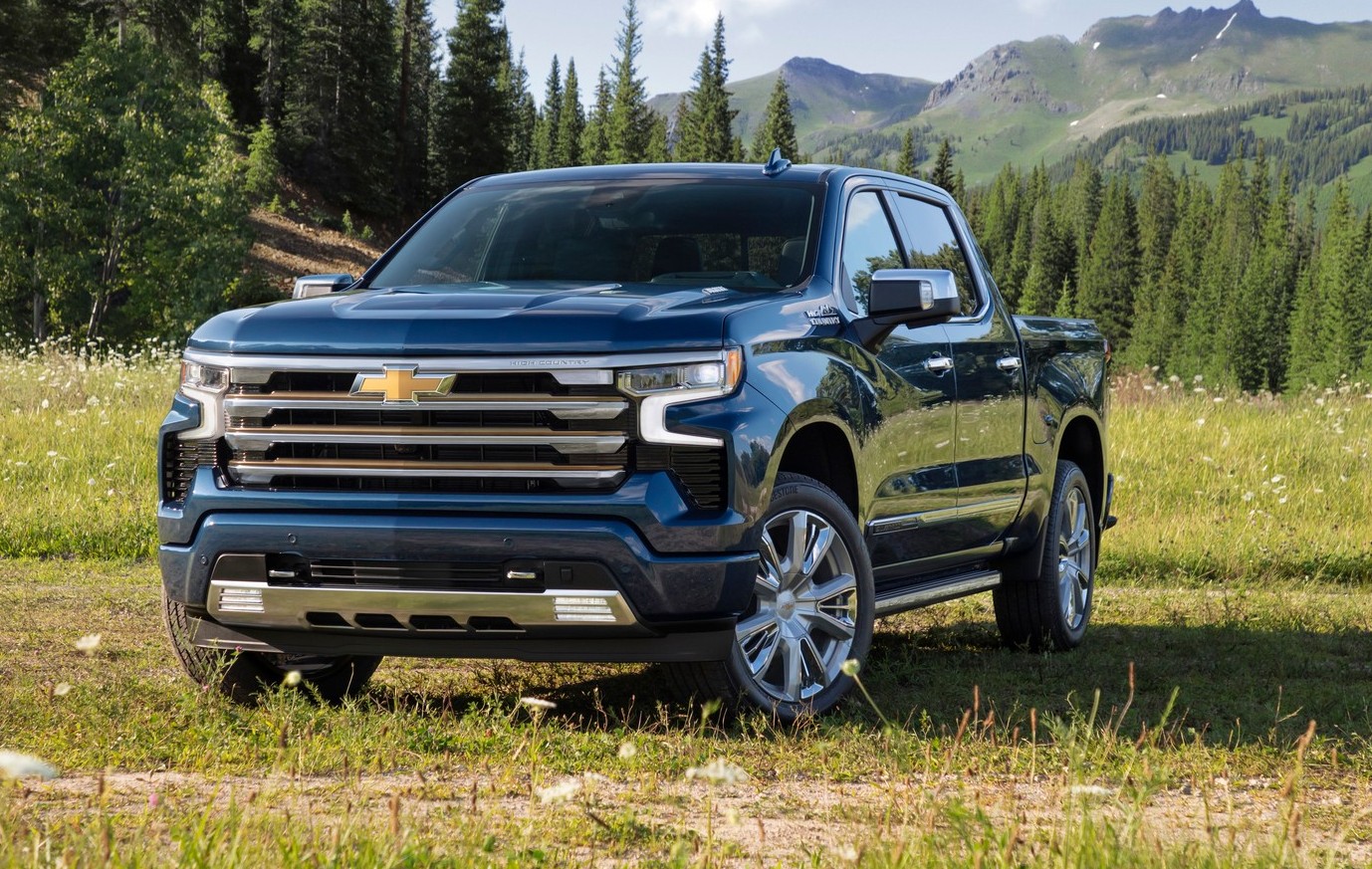 The Silverado models have a slew of difficulties, including faulty air conditioning, stuck vehicles on the road, and major transmission problems. Some car owners brand it as one of the lamest cars in the market.

The Silverado’s powertrain is also reported to be problematic, with most reports stating intermittent vibration.

Owners also reported that the brakes, antilock braking system (ABS), and even the electronic stability control system (ESC) light indicators do not light up. This will leave the driver unaware of whether these systems are working or not. The possible harm from this issue puts the Silverado 1500 on the list of top cars to avoid.

If you own an unreliable car, repairs and maintenance costs will start to pile up. When there’s too much damage and wear & tear, it’s better to sell your vehicle. If you’re looking for someone to buy your problematic car, look no further. JunkCarsUS is a trustworthy junk car buyer, and we offer the best deal in town. We buy non-running cars and pay cash for junk cars of any model or brand in any condition.

You can junk your car for cash in New York, Ohio, California, or any other state in the United States. Just call (855) 547-1550, and our friendly staff will answer all your questions. We pay top dollar with same-day processing, so you get your cash ASAP.  All our deals include free towing and paperwork.

You’d be surprised, but these cars are considered the worst to buy in 2021. Well-known and popular vehicles like the Chevrolet Silverado and Colorado, Subaru Ascent, Volkswagen Atlas, Jeep Compass and Wrangler, Tesla Model Y and S, Ford EcoSport, and Volvo XC60 and XC90 top the unreliability list of Consumer Reports.

What were the most frequent complaints about unreliable cars?

Frequent breakdowns and factory defects are what make a car unreliable. For modern cars, software glitches in the car computer are a common problem. This includes an unresponsive dashboard screen that typically controls most car features. Usual mechanical problems are transmission issues include failure of the gears to engage and when there are grinding sounds in the gearbox.

What can I do with an unreliable car?

If you have an unreliable car that’s constantly breaking down or has a major nagging problem, repair costs can really pile up. Instead of repairing them, you can sell them as is to a junk car buyer like JunkCarsUS. Another option is to scrap it for parts and sell the expensive parts like radios, car seats, engine, and lights. You can then sell the entire car body to a junkyard that buys metal on a tonnage basis.

Feel free to contact us for any business, media, or personal inquiries:

10 Most Unreliable Car Makers 2021 Report
There are organizations like Consumer Reports and carcomplaints.com that monitor the user experience of car owners to determine if a vehicle is reliable or not. In this article, you’ll read about 2021’s 10 most unreliable car manufacturers. It would be surprising...

10 Mistakes You Unknowingly Do and Damage Your Car
Everyone knows that driving your car dangerously or recklessly increases the chances of an accident and is a good way to destroy your car. But what about lesser-known, but still common habits that can destroy your car?

What to Do with a Car with a Blown Engine?
A blown-out engine could be the end of the road for your automobile if it’s an old clunker. However, if it’s not that old, you may want to consider buying a replacement motor. In this article, we’ll explain how to determine if the busted engine is dead,...

What Happens to the Value of My Car After an Accident?
The value of a car after an accident, regardless of the quality of repairs done, will likely drop compared to the price prior to an accident. Even if your vehicle only received superficial bumps and scratches, the recorded incident will still negatively affect the net car...

Will I Make More Money from Recycling or Selling a Junk Car?
Are you tired of putting money into an old clunker? Have you thought about dragging your Chevy to the levee and leaving it there? Before you throw good money to fix an old clunker or throw a potential gold mine away, read this article and learn to recycle junk cars for cash....

Cash for Junkers Program 2021-2022. Sell Your Clunker for Top Dollar
In 2009, the Federal Government under the Obama administration instituted a Cash For Clunkers program with the goals of (1) getting old cars that got poor gas mileage off the road and (2) incentivizing people to sell a car to the state and hopefully use that money to buy a new...